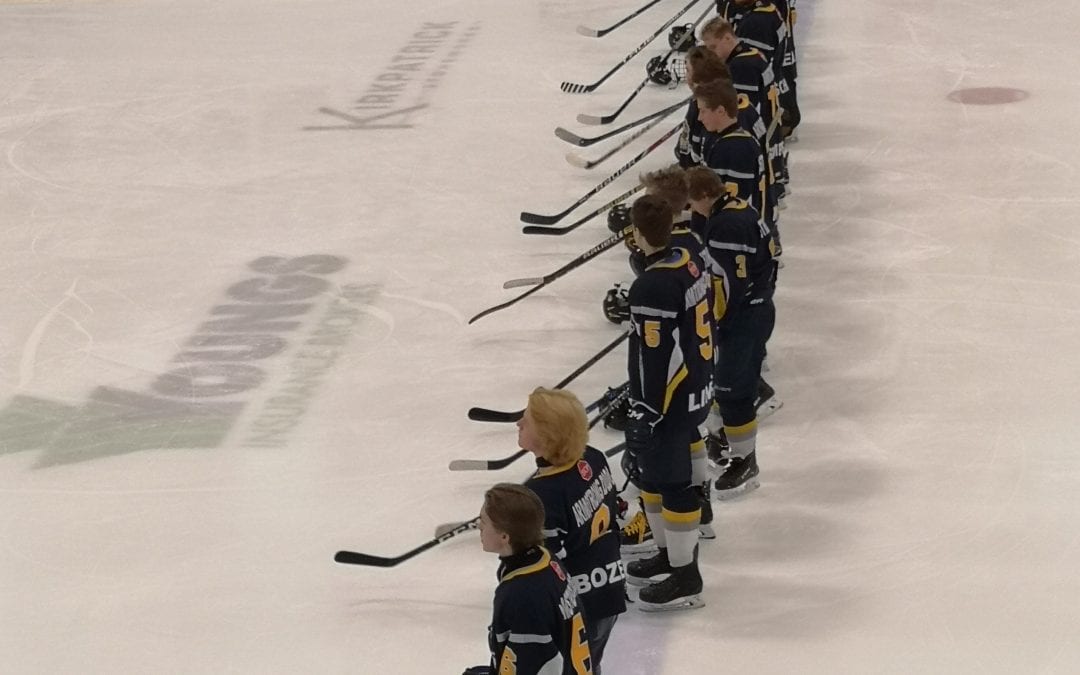 Recently we traveled to Pellham to cheer on our Huntsville Otters Midget AE team during two games 2 & 3 in the finals series.  Having won all games in the playdown series, and having won the first game in the finals, hopes were high all around.  Unfortunately the win was elusive in both games and the team returned to Huntsville defeated.

We have yet to sit in the stands of a sporting event and not hear the controversy of “bad calls, dirty players, or useless coaches.”  It would seem that the spectators in the stands are always evaluating and coaching along with the team, however it is the players and the referees and linesmen that truly are the ones at that particular moment in time that really matters in a game. This is true at all levels competition from youth house league to professional.

It’s important that perspective not be lost here. Players, coaches, spectators could drop their heads and give up.  BUT, there is so much more to competitive youth sport than winning and losing.  In fact with only .02% of male hockey players in Ontario making an NHL career of the game, it perhaps more important that we recognize and emphasize the teachable moments in every victory and loss.  This past weekend, as difficult as it was to watch, contained many important life lessons which will help the players in all aspects of their lives: how to rise above, life is not always fair, doing your best may not be enough, hold your head high, don’t give up, and how to lose, among a few.

All was not lost though, the team has up to 3 more opportunities to challenge Pellham and stand victorious.  This weekend, Saturday March 30th at 6:30pm and Sunday March 31st at 2:10pm, the Otters will play two more games. To win both means the Otters will be the “All Ontario Champions.” Help us pack the Don Lough Arena with local supporters to cheer the team to a spectacular home victory, while showing them that the community is behind them win or lose.